Yorkie Puppy Care – Where Do You Begin?

It’s difficult to resist the charisma of a newborn Yorkie puppy – born black with tan points on the muzzle, above the eyes, around the legs, feet and toes, inside the ears and underside of its tail. Newborns can even brand a white “star” on their chest or on one or more of their toes.

Developed in the 19th century in the county of Yorkshire, England, the adorable Yorkie was originally used to catch rats in clothing mills – all three pounds of its silky blue and tan coat for the job. But in time this popular companion dog captured the hearts of Brits and Americans alike and won a place in many a home.
Yorkies, like other puppies, should always be praised when training and owners do best when keeping a positive attitude.

Punishment or harsh words do not speed up learning but really seem to have the opposite effect. While it is good for your puppy to learn to come when it is called and also to obey basic commands, the Yorkie puppy learns submission to its master along the way and this gives the owner better control in sticky situations.

Simple words and phrases work best as does sticking with the same ones. When your Yorkie puppy performs the desired action, give a reward immediately in the form of praise, a friendly pat or a tidbit of some kind. To have an even greater reinforcing effect, the reward should be immediate and of course, repetition should be maintained until the behavior is firmly fixed.

When it comes to interaction with children, it must be remembered that children react differently from adults. They are noisier and more impulsive and more likely to rush at your puppy which may give it a fright. So it’s wise to get your pet used to such erratic behavior by allowing it to become accustomed to sudden noises. Make the training a game. Issue a command, rush toward the puppy, then immediately reward it. Make your shouts progressively louder, then make a fuss over your Yorkie and soon it will enjoy this game. 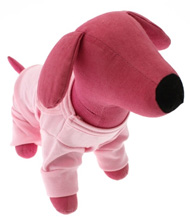 Another tip to keep in mind regarding children is that they often like to hug dogs but they should be taught not to do this, since some dogs feel threatened by close contact. In case children do hug your Yorkie, you can train it to accept this by giving it a hug for brief period, then a tidbit and praise. Gradually make your hugs longer. If your Yorkie growls or snarls, get help from a qualified trainer.

The Yorkie puppy will eventually have a traditional long coat which can be high maintenance so to prevent breakage, the coat may be wrapped in rice paper, tissue paper or plastic after a light oiling with a special dog coat oil which is washed out once a month. Some preparations of oils use coconut oil which is nourishing to hair and follicle.

With proper love and care your Yorkie puppy will grow into a healthy, well adjusted adult Yorkie dog, with lots of love to give and receive.

Whoever said you can't buy happiness never had a Yorkie!